There is no one else than Garmin that adds its name on the CHALLENGEFAMILY race name when it takes place in the City of Herning. CHALLENGEHERNING is renewing its collaboration with Garmin, and this means that the Central and West Jutland triathlon competition will be named as GARMIN CHALLENGEHERNING again.

“We are not just proud that Garmin will once again be the title sponsor of GARMIN CHALLENGEHERNING, we are really honoured. Garmin is a global market leader in triathlon and sports equipment, and they are well known for their convincing design, high quality, and the value they give to the athletes on the way to reach their goals. These are the same values ​​as ours when we organize triathlons around the world”, says Jort Vlam, CEO of CHALLENGEFAMILY.

Garmin has several times given its name to the race in Herning, and this should also have been the case in 2020 when the race was unfortunately postponed to 2021 due to COVID-19.

“We’re still really sad that GARMIN CHALLENGEHERNING could not happen last year, but that does not stop us. On the contrary, it has only created even more passion around 2021, and here I am sure that together with Garmin we can create an innovative race for the most passionate athletes”, says Jort Vlam.

At Garmin, they are also pleased that CHALLENGEHERNING is ready again in Denmark.

“After a year without CHALLENGEFAMILY triathlon in Herning, we are just, even more, looking forward to the fact that we can again name GARMIN CHALLENGEHERNING in 2021. We look forward to being close to those for who our products are dedicated – the athletes.  We look forward to welcoming them again in Herning”, says Christine Jæger, Consumer Marketing Manager in Garmin Denmark.

She says that the athletes, as well as spectators, can look forward to a day of fun and action both along the route as well as at the finish line. 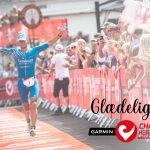 Xmas gift for you: GARMIN CHALLENGEHERNING opens registration for 2021!News 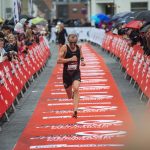